“…And in our effort to appear American, we sought to bury that which was Hawaiian. We reorganized our Hawaiian-ness to conform with tourism’s and Hollywood’s pictures of Hawaiians” (p 95).

After decades of discrimination and dispossession, a movement coined the Hawaiian Renaissance began in the 1970’s. It was a turning point and a source of empowerment for Hawaiians.

“On the fourth of January, 1976, Hawaiian resistance broke through the surface. On that day, George Jarret Helm, Jr., Noa Emmett Aluli, Walter Ritte, Jr., and six other young Hawaiians illegally landed on the island of Kahoʻolawe to protest military use of Hawaiian land [for bombing practice and military exercises]” (p. 95).

“If the Dick and Jane books not going to make you proud of who you are, Kahoʻolawe is going to.” ~George Jarret Helm, Jr.

“George Helm and the Protect Kahoʻolawe ʻOhana sought their vision for the future in the wisdom of the past. The struggle for Kahoʻolawe was as cultural as it was political. The leaders of the movement went to kūpuna and kāhuna for guidance that comes from the Hawaiian past and for advice to help restore what is Hawaiian for the present and the future” (p. 97).

“One by one, and then by twos and threes and fours, people and groups rallied to the cause. Save Mākua, Save Sand Island, Save Waimānalo, Save Anahola, Save Kaʻū, Save Wao Kele O Puna, Save Honokahua, Save Hālawa Valley, Save Sunset Beach, Save Miloliʻi: Life of the Land, Pele Defense Fund, Ka ʻOhana o Ka Lae, Ka Lāhui Hawaiʻi, the Hawaiian Nation. Hawaiian voices rose in protest, protest against wrongs done in the past, against abuse in the present, against the loss of Hawaiʻi in the future” (p 99).

In 1992, the United States returned Kahoʻolawe to the people of Hawaiʻi… 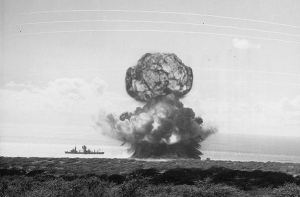 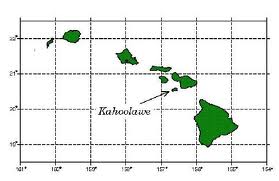 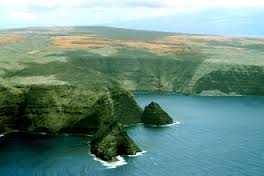